WeChat Pay and Alipay are two of the most popular mobile payment methods in China, and most people pay on those platforms using barcodes, known as QR codes, on their phones. Not many places accept foreign credit or debit cards like Visa or Mastercard and tourists often had to use cash – until now. Previously, users could not use the two digital payment platforms if they did not have a Chinese bank account, but both platforms are now cooperating with Visa, Mastercard, Japan’s JCB and Singapore’s Diners Club; as well as American Express in case of Wechat Pay.

After downloading Alipay for Android or iOS, users can register for the international version of the app using their foreign mobile number. Users can then top up a pre-paid virtual card and start using mobile payments throughout China, just like locals and expats could for quite a while already. 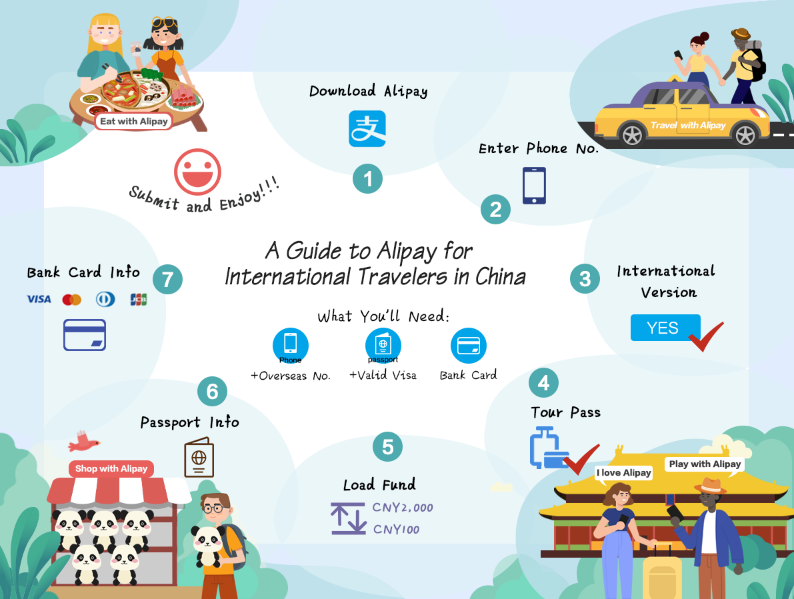 Being able to channel money through these apps, also allows tourists to make use of other apps that can connect to Alipay or Wechat Pay, such as bicycle-sharing or DiDi (China’s uber). Sometimes even good old taxi drivers would refuse cash, making it hard for tourists to experience the ultimately convenient environment, that Chinese companies have created for their customers.